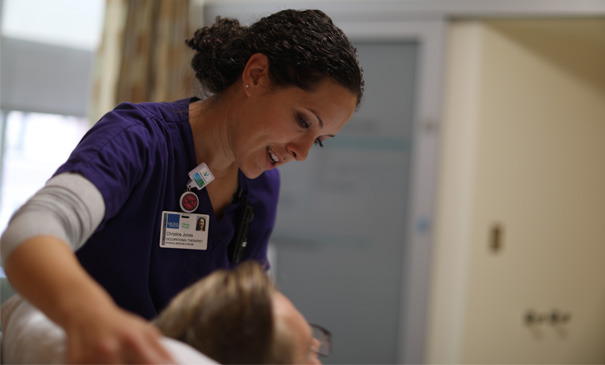 Peter Goodman prides himself on being loyal. He’s so loyal to his hometown community on Mercer Island that he decided to raise his children there. He’s loyal to the business his father built, where he has worked since age 17 and now leads. And his family has loyally donated to Virginia Mason for over two decades.

“Virginia Mason puts the patient’s needs at the center of everything they do, and I’ve seen the difference that makes first-hand,” Peter says.

Peter has supported several family members while they were receiving care at Virginia Mason, starting with his father’s quadruple bypass surgery in 1996.

“The surgery was successful,” Peter says. “Then, about four months later, the doctor who did the surgery called my dad out of the blue to see how he was doing. A busy doctor taking time out of his day to check in months later really went above and beyond our expectations.”

A few years later, Peter’s family was hit with back-to-back cancer diagnoses. First, his brother with kidney cancer. Then, his father with pancreatic cancer. After initial treatments, both of them saw their cancer take a turn for the worse.

“Both times, Virginia Mason’s team clearly explained the situation,” Peter says. “They told us the truth — that further treatment might not help. We really appreciated their honesty, rather than giving us false hope. Knowing the reality of the situation enabled my father to live the rest of his life comfortably, rather than enduring invasive treatments.”

Then when his mom started showing signs of dementia, Peter again knew where to turn.

“I knew something wasn’t right, so I called Virginia Mason,” he says. “We got a same-day appointment and they’ve given her excellent care ever since.”

Peter knows that many other families are facing medical challenges, and he donates to Virginia Mason to help make our world-class care accessible for more people.

“I’ve received incredible support during hard times, so I do everything I can to give back,” Peter says. “I don’t designate my gifts to a particular area because I know Virginia Mason will use them well, whether it’s for research, patient care or something else. I’ll always feel loyal to Virginia Mason because I know that they’ll continue providing the best care, as they always have for my family.”