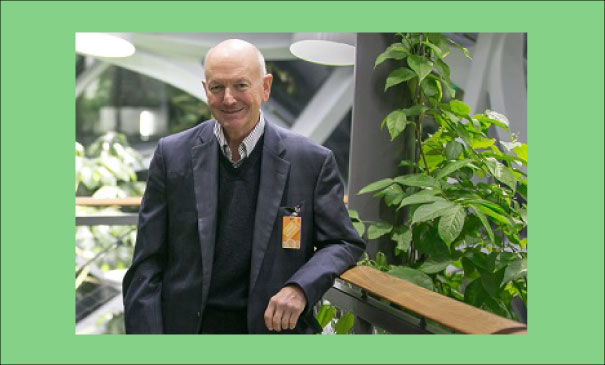 When Jim Young’s sister was seriously ill, her doctors in Southern Texas suggested she fly to Houston for further treatment. Jim told them that if she’s flying anywhere, she’s flying to Seattle.

“Now she’s healthy, thanks to Virginia Mason’s care,” he says. “If she’d been someplace else, I don't think that would be the case.”

This is one of many reasons why Jim supports Virginia Mason. It all started when he moved to Seattle 20 years ago, and a friend invited him to chair BRI’s finance committee.

“How could I not want to get involved?” Jim says. “They do great work and make a real difference.”

Since then, Jim has served on boards and in different capacities across our health system. He’s also made several generous donations, particularly supporting palliative care.

“Palliative care serves a unique and special purpose,” says Jim, who recently increased his contribution to this work in his estate plans. “It doesn’t get as much attention as things like cancer or diabetes, so it feels logical for me to support it.”

Jim says giving back is in his DNA — and he’s proud to serve Virginia Mason.

“I’m proud of what we’ve accomplished and that I had a very small part in it,” he says. “I feel so lucky to be involved. Virginia Mason is just exceptional.”