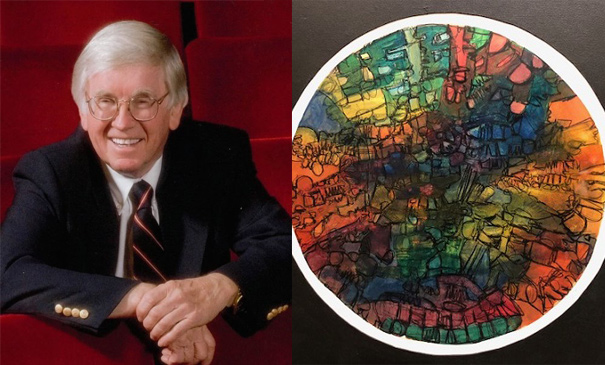 A Cancer Survivor Shows Gratitude One Painting at a Time

Russ Hepler refused to believe he was sick, even after he saw blood in his urine and was diagnosed with bladder cancer by his doctor in Wenatchee. So he ignored his doctor's advice and went on with life as usual – until his symptoms came back.

“Then I had a procedure to collect tissue from my bladder and they told me I’d need a more drastic procedure,” Russ says. “But I needed a whole lot more information to feel comfortable with that.”

“He spent more than three hours with me,” Russ remembers. “He showed me everything — charts, tests, X-rays — that I hadn't seen before. He urged me to take action ASAP or I wouldn’t live to see the end of the year.”

Now for the good news: After our doctors guided Russ through chemotherapy, performed surgery to remove his bladder and the diseased part of his lung, and built a new place for his body to store urine, Russ is back to an active lifestyle.

“I can play golf and travel in planes and do lots of walking,” Russ says. “I'm a happy guy!”

As a lifelong, professional artist, Russ wanted to show his gratitude by donating some of his artwork.

“My art is part of me, and it felt like a meaningful way to say ‘thank you,’” Russ says. “I showed Virginia Mason some work and they chose a large mixed-media watercolor. Then I chose another, smaller painting for them, with blues and greens because I thought the soothing colors would be a welcome addition in the Urology Department.”

Not only is Russ's work a gift of appreciation, it's a way to offer encouragement and hope to other patients.

“I used to work as an art therapist, and I know that art can help you heal,” he says. “Virginia Mason gave me amazing care, and hopefully my work can help their other patients recover as well as I did.”