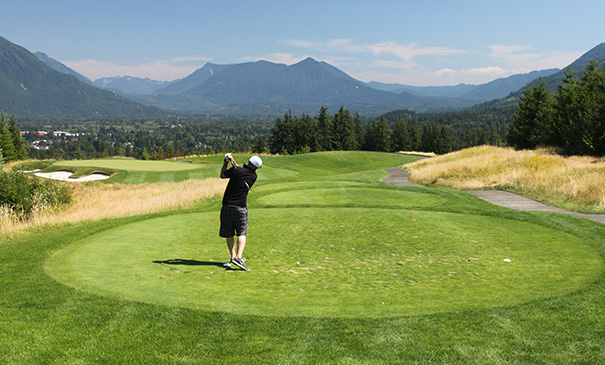 During the country’s economic downturn in late 2008 and 2009, Turner Construction Company was up against a business nightmare: No one was building.

“We went looking for work like everyone else,” remembers Chris Killian, the company’s vice president and general manager. “But we concentrated on aligning ourselves with organizations that had corporate values and a culture similar to ours – like Virginia Mason. We’re both striving to be better and more effective because that’s what’s best for the people we serve.”

Turner has had a steady presence on Virginia Mason’s First Hill Seattle campus since 2010, working on projects including the Floyd & Delores Jones Pavilion and the cardiac catheterization lab.

These projects help Turner have a hand in improving our community’s health – and the company feels compelled to do more. For the last 13 years, they’ve held the Turner Construction Golf Tournament to raise thousands of dollars for local organizations.

The first tournament supported the young family of an employee who died suddenly of a heart attack. Since then, beneficiaries have included Special Olympics, food banks, the Seattle Aquarium and Virginia Mason.

“The tournament has become a way to relate to our larger community as we would to our Turner family or even to our own individual families,” Chris says.

This year, Turner donated the tournament’s proceeds to Bailey-Boushay House (BBH). Funded in large part by philanthropy, BBH provides medical care and housing for patients with HIV and other chronic illnesses.

“We’ve done several projects for BBH, from remodeling the kitchen to painting,” Chris says. “That put us in a position to witness its dedicated team and their amazing work.”

“Construction isn’t all sunshine and roses,” Chris says. “The days are long, the work is physical and the conditions are often tough. So, it makes us feel good to get people together and give back to the community. It’s also gratifying to associate with groups like BBH who are making a positive difference.”