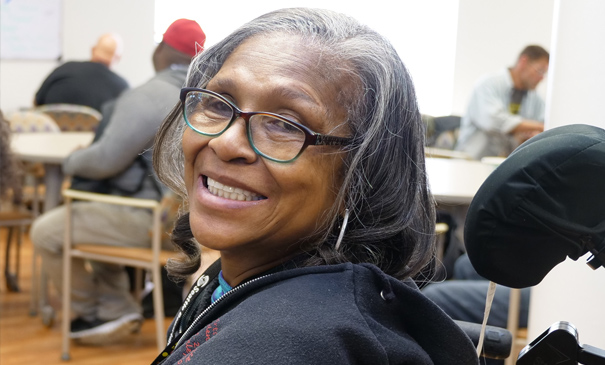 In early 2020, Benjamin was accepted to law school with a scholarship to boot. Then the pandemic hit. As jobs were lost and businesses closed, he thought about future classmates and whether the financial repercussions of the pandemic might keep them from attending school. That’s when he made a call — that would ultimately lead to a generous gift to Bailey-Boushay House (BBH).

“My parents were willing to help pay for school, so I called the office and asked if they wanted to give the scholarship to another student,” Benjamin said. “They said ‘if there’s a student who can’t pay, we will support them. If you have a little extra money, give it to someplace you care about.’ For me, that was Bailey-Boushay House.”

Benjamin has been living out of state for years, but BBH is still close to his heart — which helps explain why he made a generous donation in late 2020. He grew up in the area and started volunteering with BBH to fulfill a school requirement when he was in ninth grade.

“I feel like I was a little kid when I started volunteering there — I remember getting pulled over once when I was driving there because they didn’t think I was old enough to have a license,” he says.

Benjamin fulfilled his required hours halfway through his freshman year and continued to volunteer throughout high school. During his Sundays at BBH, he did things like serve lunch and play cards with clients. He even helped one man set up a Facebook page to stay in touch with his niece.

“Those two were the stars of the party,” Benjamin says. “One of them had ALS and couldn’t speak, but they were best friends despite not really being able to communicate. And they were friends with everyone. Anyone who talked to them would walk away smiling.”

Arnold and Michael passed away in the same week and BBH held a joint vigil.

“I remember being so sad,” Benjamin says. “My mom and I went to the vigil and the way they honored those men was so fitting and so moving.”

It’s been nearly a decade since Benjamin stopped volunteering at BBH to attend college out of state, but the experience has stayed with him.

“I really grew up over the years I volunteered there,” he says. “I learned a lot about compassion and how to better care for others. I learned about leadership from the staff who would guide the volunteers. New clients arrive and volunteers change, but that culture carries on.”