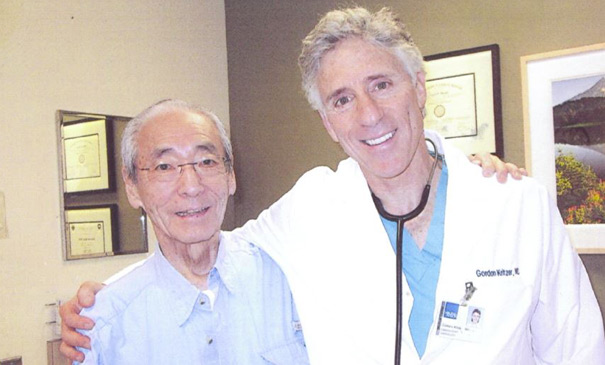 A Lifelong Love for Virginia Mason

When the world was at war in the early 1940s, Irene Chikata's family, along with many other Japanese-Americans, was sent to an internment camp. The family was forced to move away from their friends and her father had to give up his gardening business. In the midst of their heartache, there was a bright spot; a letter from a former client — Virginia Mason’s John Blackford, MD — saying how sorry he was that our country had adopted this cruel policy.

Upon the family’s release, Irene’s dad opened Chikata Drug in Seattle’s International District. This inspired Irene to become a pharmacist. Remembering Dr. Blackford’s kindness, she knew where she wanted to work.

“Dad was so proud when I got my first job at Virginia Mason,” Irene says. Irene’s work was the first contribution to what would become a lifetime of support for our organization.

During the 1960s, Irene’s then-boyfriend George Saito would often pick her up after work Virginia Mason.

“Everyone was always so friendly,” Irene says. “Whenever he came, he chatted with people and that’s how George found his first general practitioner, Dr. [L.F. ‘Fritz’] Fenster. And he loved him!”

George and Irene got married in 1966. George, who worked at the Federal Aviation Administration, received much of his medical care at Virginia Mason. Irene remembers that George was always impressed with how his doctors talked to him and the friendly atmosphere that made Virginia Mason such a special place. The hospital inspired people who received care there to give back — like the woman who worked the front desk in Cardiology and knitted three scarves for George after his heart surgery in 2014.

Unfortunately, George passed away in October of 2018, just 15 days after being diagnosed with stage 4 pancreatic cancer. He told Irene and their two sons Donald and Richard that he was happy and felt he’d lived a good life.

In Japanese tradition, loved ones offer condolence money called “koden” when there is a death in the family. To honor Virginia Mason’s special role in their lives, Irene donated this money to us, specifically toward funding pancreatic cancer research so we can help patients like George. She also suggested that others donate in George’s name in lieu of sending money to her and the family.