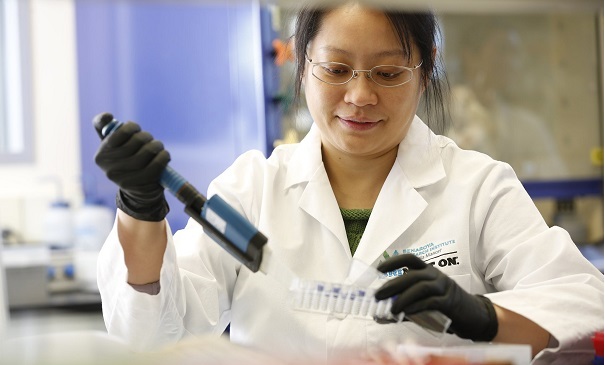 It started nearly 20 years ago when his mother, Jean, had a persistent rash. Based on internet research, she thought she had lupus. Her doctor in Montana suspected allergies. Seeking another opinion, she called Virginia Mason and bought a train ticket to Seattle.

“The doctor told us, ‘Your mother is smart. She has lupus,’” Bob says.

That doctor continued to work with Jean long distance.

“During her last 15 years, Virginia Mason really improved her quality of life,” Bob says. “Part of that was driven by BRI’s research. They generate this huge body of knowledge about autoimmune diseases that benefits patients directly.”

To give back to BRI, Bob and his wife started volunteering for the Boeing Classic in 2011. Through volunteering and BRI’s newsletter, Bob learned more about their research. He realized how common autoimmune diseases are in his family: His sister has Raynaud’s syndrome and rheumatoid arthritis and his uncle had lupus.

“It was an awakening to learn about different autoimmune diseases and how challenging they can be,” Bob reflects.

“These medical and research institutions are a big deal in my family,” he says. “A donation was the best way to give it forward.”

“I just wanted to thank him,” Bob says.