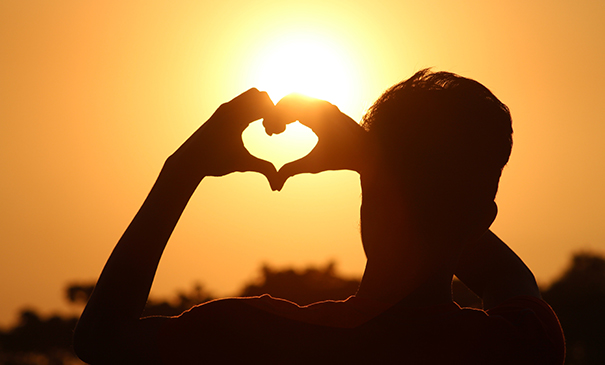 Honoring A Friend with Gifts to Bailey-Boushay House

Claude Branque was one of Bailey-Boushay House’s first residents. Throughout his life, he inspired friends and family with his ability to recognize everyone’s individual gifts and value, their potential and contributions. He spent the final months of his life surrounded by gracious nurses and doctors who gave Claude the same love he had given to others throughout his life.

For nearly 30 years Claude’s dear friends from college, Patsi and Richard Trollinger, have found meaningful ways to keep Claude’s memory close to their hearts. One of those ways is making gifts in his honor to BBH for nearly 30 years.

“Claude was one of those exceptionally rare people, born with the kind of optimism that many of us view as naive,” Patsi says. “But the world would be a much better place if more of us lived with the intrinsic assumption that all people were good and wanted to do good like Claude did.”

In August 1992, the Trollingers, who live in Danville, Kentucky, received a letter from Claude, letting his friends know that he had become a resident at Bailey-Boushay House.

“When he told us that Bailey-Boushay was specifically for HIV/AIDS patients and the staff and medical team’s hearts were filled with compassion, Richard and I felt the most incredible relief,” Patsi says. “At the time, it was almost hard to imagine a place like Bailey-Boushay would ever exist. For Claude, who grew up in rural Tennessee, it was a saving grace.”

“As college students in the late 60s and early 70s, we all thought we were responsible for saving the world,” Patsi says. “But Claude actually believed it was possible. He had an incredible inner wisdom and belief in the possibility of change.”

After college, Claude went on to seminary school at Princeton. He was ordained in 1976 and became a pastor in North Seattle.

“As many of us were getting married and starting lives that all looked and felt very similar to each other, Claude continued pursuing social change. He was very idealistic and stayed devoted to environmentalism, social justice and gender issues,” she says. “We all knew that those movements were being led by people out west, so it wasn’t surprising that’s where he went.”

Early on, Claude shared with his congregation that he was gay, and from what Patsi recalls, most people were accepting. For the next eight years, Claude served his congregation with a genuine commitment to spirituality and community.

Sadly, Claude’s career as a pastor ended in 1984 when the Methodist Church reaffirmed its anti-gay stance.

“Claude wanted to live with honesty and integrity and unfortunately the church that he dedicated his life to couldn’t accept who he was. Honoring his identity was such a strong thing for him to do. As his friend, it both impressed me and made my heart break for him,” Patsi says.

After leaving the Methodist Church, Claude found a new community with the University Friends Meeting – a Quaker group in the University District. That group would become Claude’s Seattle family. He also began giving his time to working with the elderly and children.

Eventually, Claude’s health began to decline. With few medications able to manage his pain and symptoms from HIV/AIDS, Claude moved into Bailey-Boushay House when he could no longer live on his own.

Patsi remembers the way Claude spoke about Bailey-Boushay House. She says it made her and Richard feel like Claude was safe and that he could be at peace.

“Bailey-Boushay represents the humanity Claude inherently emulated towards everyone he met. Giving to Bailey-Boushay keeps Claude’s memory and spirit with us,” she says. “All these years later, it’s amazing to think about how many people have benefited from Bailey-Boushay House. It’s an exceptional place.”

For 30 years, gifts to Bailey–Boushay House have helped us sustain our founding promise to provide exceptional and compassionate care to people with HIV/AIDS as well as end-of-life care for people with chronic illnesses.